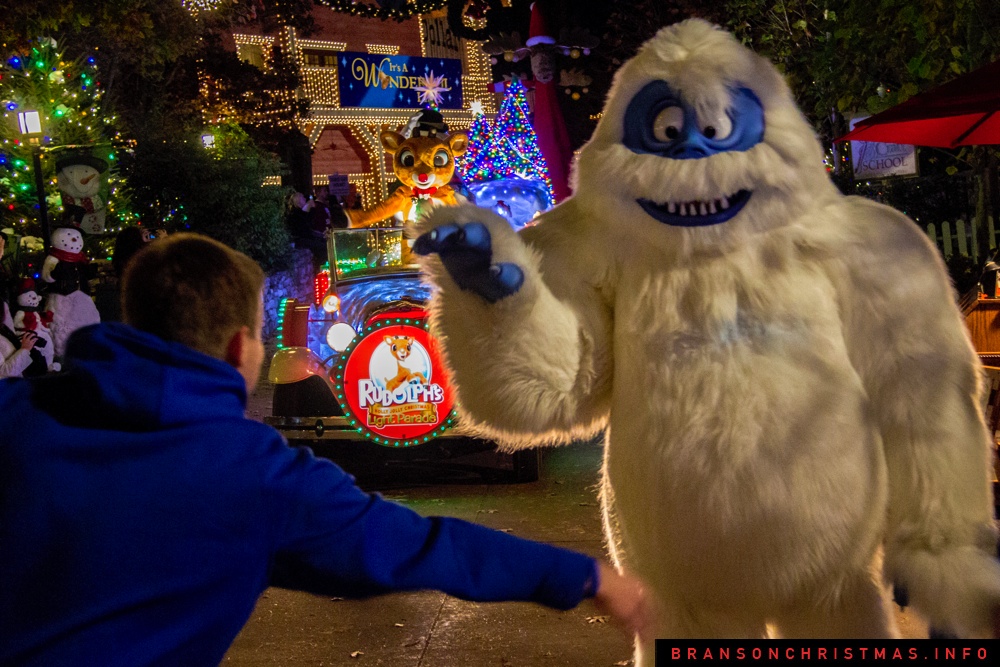 You’ll be seeing a lot more of Rudolph and Santa at Silver Dollar City’s “An Old Time Christmas” festival this year with the addition of two new holiday-themed areas in the park.

Rudolph’s Christmas Town will give kids the chance to meet and mingle with Rudolph, Clarice, and Bumble the Abominable Snow Monster. The area will also host activities ranging from Reindeer Games to cookie decorating.

Santa will also be available to talk with his youngest fans in a second all-new area, known as Santa Claus Lane.

Both areas are located in the center of the park.

That parade will again be performed twice nightly on operating days and features nine lighted animated floats accompanied by a cast of 33 colorful costumed characters. (Check out photos and video of the parade here.)

This season also marks the first time Fireman’s Landing will light up for the holidays. The $8 million themed area opened in March and will include dozens of decorated trees, lighted buildings, and light-wrapped trees with animated starburst lights.

Silver Dollar City is open Thursdays through Sundays from Nov. 7 through Dec. 30. with extended dates and hours surrounding the Thanksgiving and Christmas holidays. Park admission tickets start at $60 for adults and $45 for children.

SEE ALSO: 10 things you must see and do during “An Old Time Christmas” at Silver Dollar City