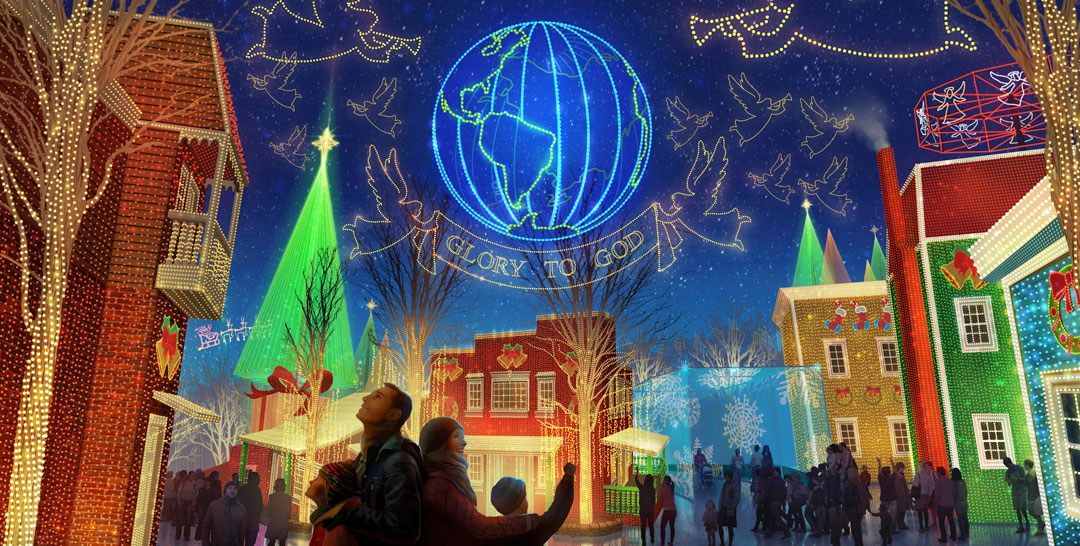 Silver Dollar City (SDC) will produce its biggest ‘An Old Time Christmas’ festival ever this year, fueled by a $1.5 million investment in the ‘Christmas in Midtown’ expansion.

Christmas in Midtown — occupying 70,000-square-feet in the area directly behind Hannah’s Ice Cream Parlor towards the front of the park — will add another 1.5 million LED lights to the park, increasing the total to 6.5 million lights.

“We’ve been proclaimed by the Travel Channel as the most illuminated park on Earth and I hope we can continue that acclamation as we keep going,” said SDC President Brad Thomas while promoting their 2017 Christmas season at this week’s announcement of their massive Time Traveler coaster project.

Christmas in Midtown will feature:

While many of the graphic renderings resemble that of Disney’s now retired “Osborne Family Spectacle of Lights,” park officials say the new additions are SDC original creations but admit they take inspiration from a variety of sources.