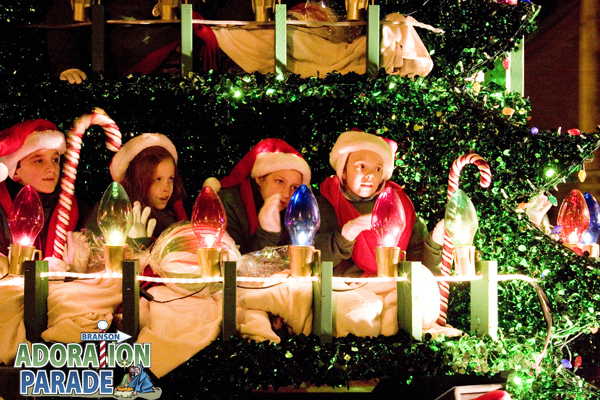 Now celebrating its 74th year, the Branson Adoration Parade will march through historic Downtown Branson to celebrate the non-commercial, true meaning of Christmas on Sun., Dec. 4, 2022.

The event starts at 5:30 p.m. with the annual lighting of the Adoration Nativity Scene — the area’s largest such display which sits atop the bluff overlooking Lake Tanyecomo and the Branson Landing.

The Adoration Scene itself dates back to 1949 when businessman Joe Todd met with artist Steve Miller at a Downtown Branson cafe to sketch their plans to honor the Christ child with a large Christmas card-style display. The scene was rebuilt in 2012 and stands 28-feet-tall, where it can be seen from miles away.

The parade features performances by local high school marching bands, a variety of floats created by community organizations from several states, and an appearance from St. Nick himself.

Starting at the Branson Convention Center’s south parking lot, the parade route extends to the far north of the Branson Landing, and circles back to finish where it started (see route below).

The Branson Chamber’s website calls the evening “our chance to stop and reflect on the beauty of the Christmas story that still inspires people today.” 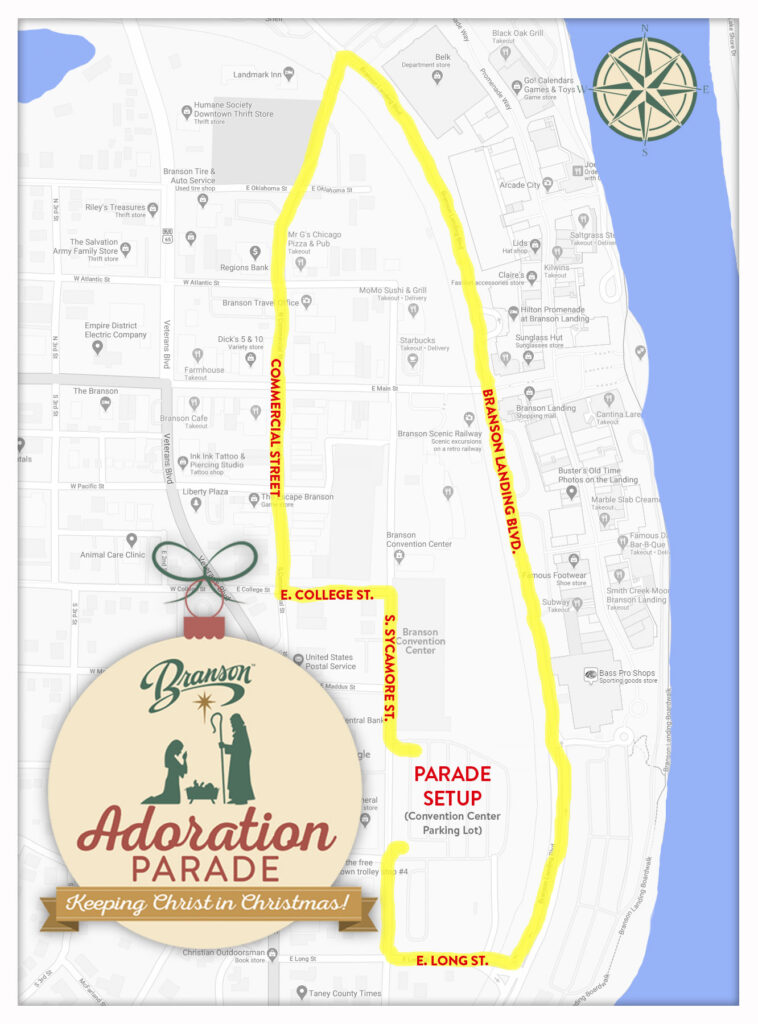