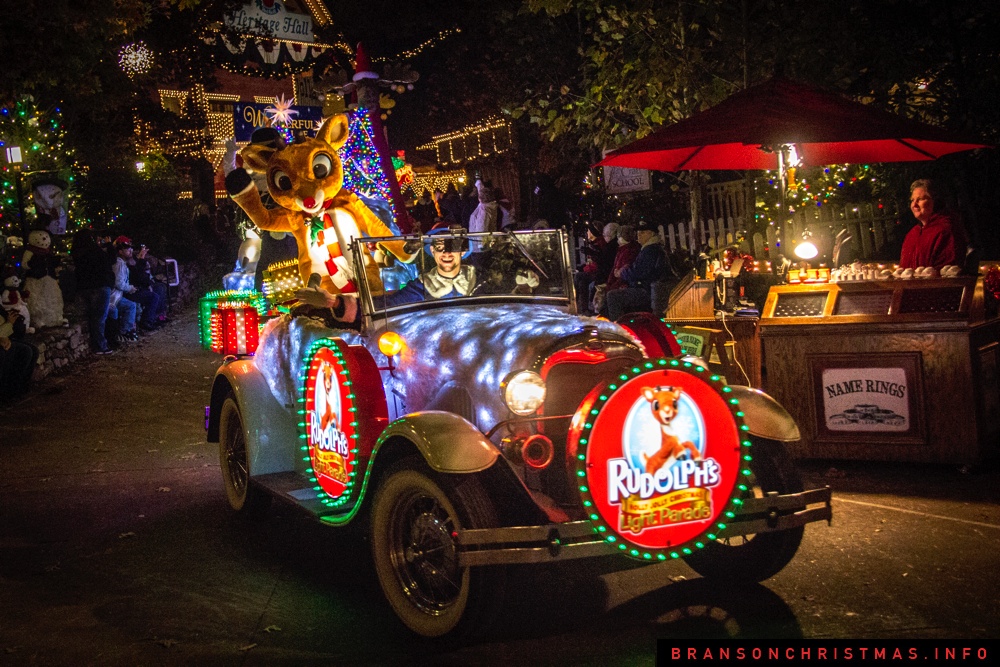 Light parades are a highlight of any visit to Silver Dollar City, but they’re particularly special during the holiday season. This year, the amusement park has unveiled an all-new parade starring Rudolph the Red-Nosed Reindeer.

The parade runs twice nightly at 6 and 8 p.m. It begins on the east side of the park near the Red Gold Heritage Hall (home to the live production of It’s A Wonderful Life), passes through the Main Street square, and finishes near Powder Keg. Snowflakes are painted on the street to mark the path of the parade.

All photos by Kent Otto/BransonChristmas.info. 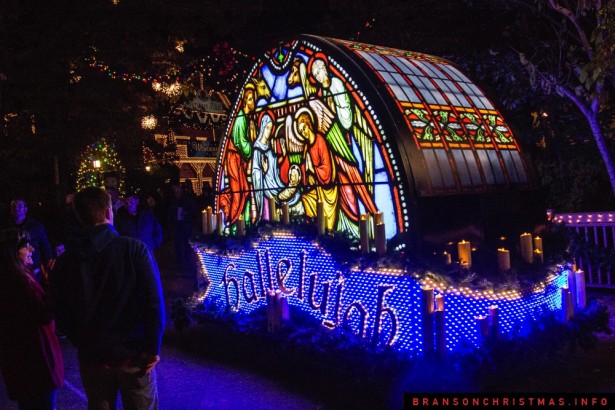 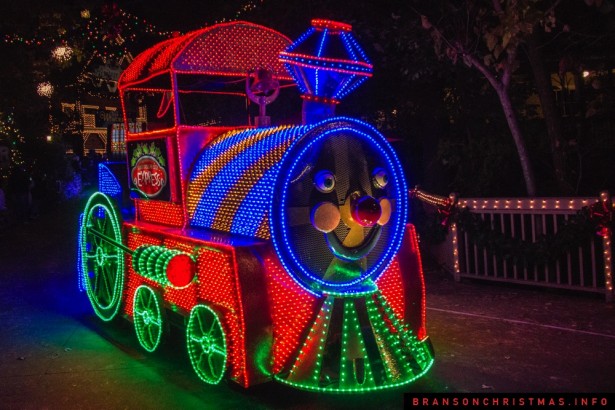 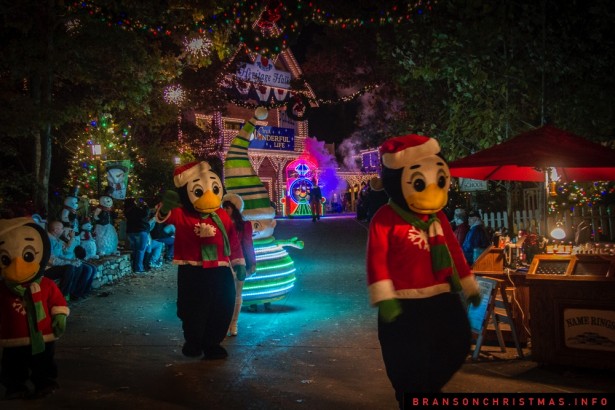 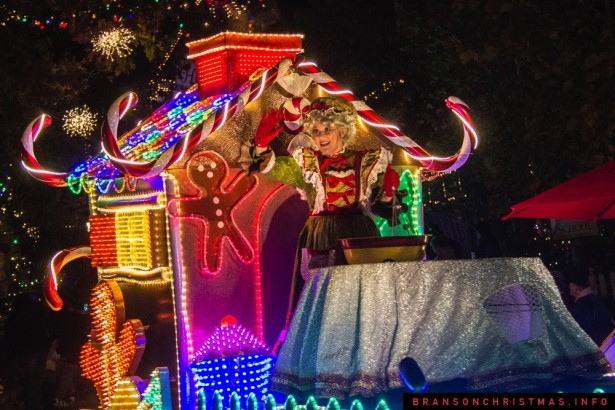 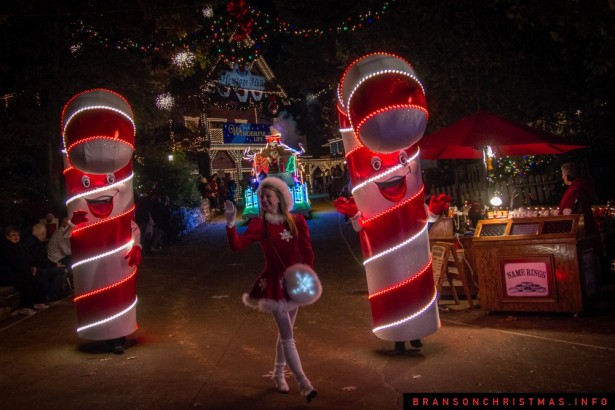 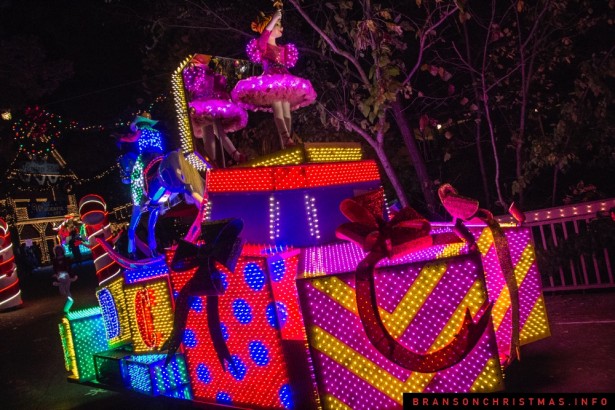 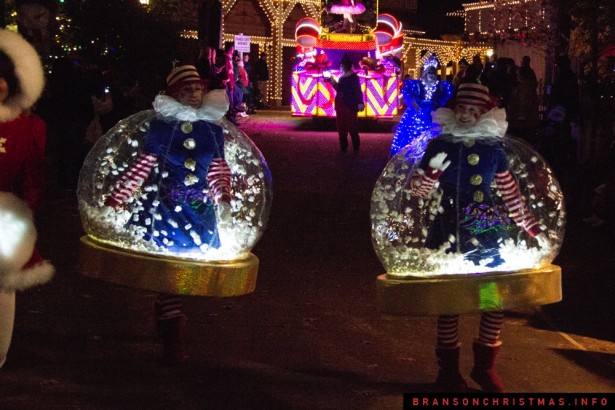 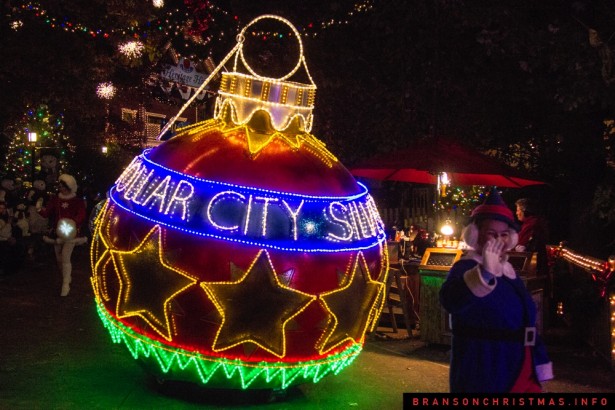 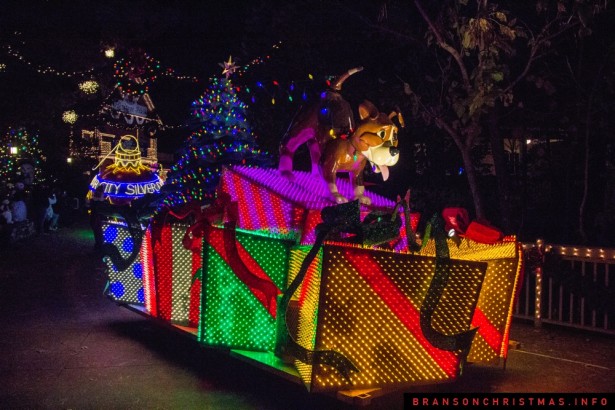 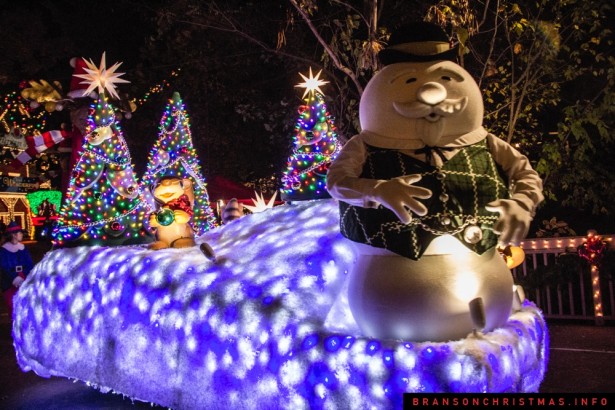 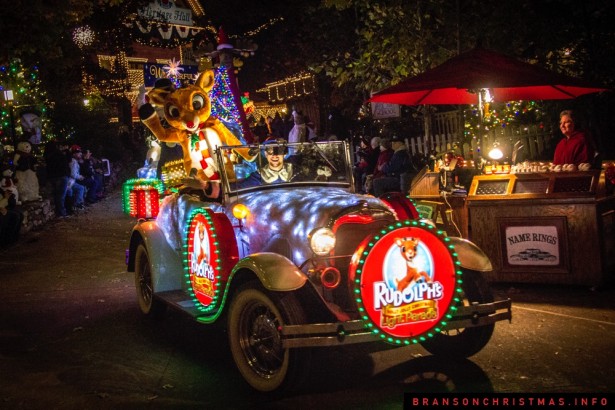 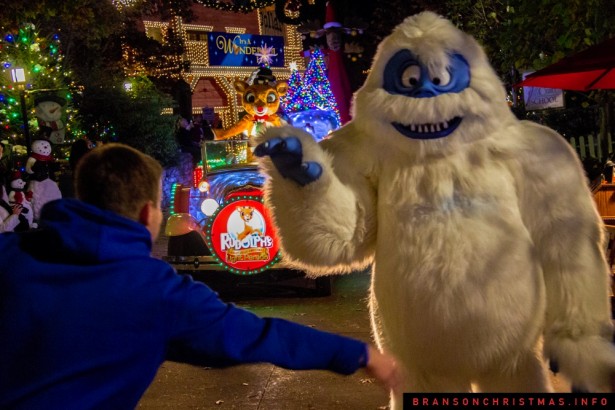 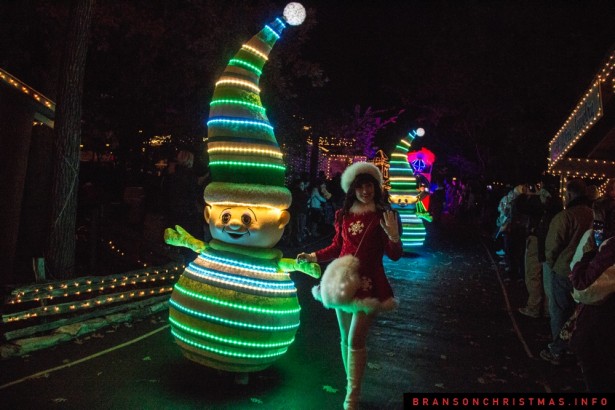 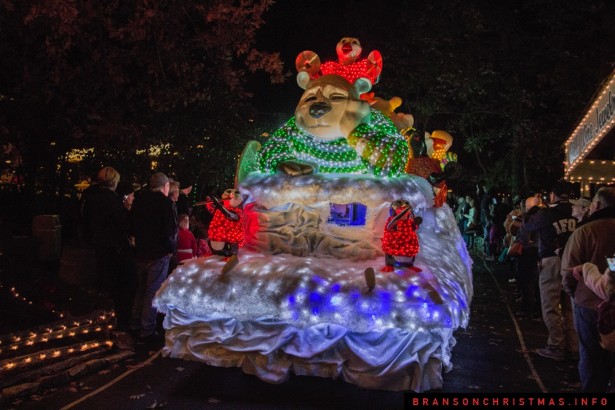 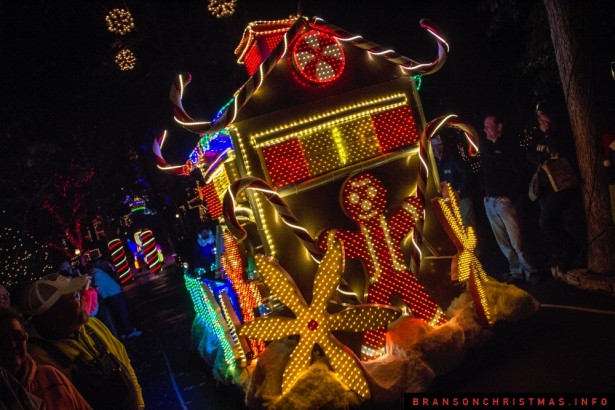 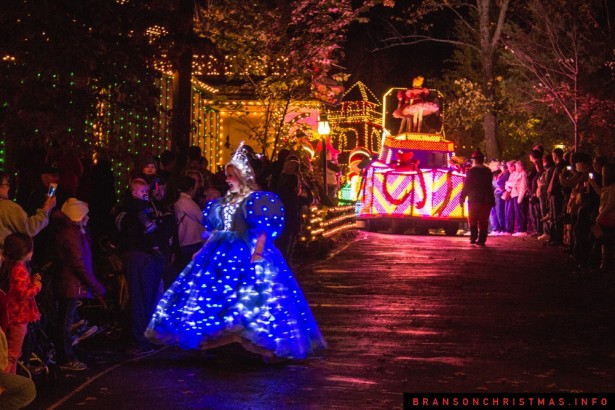 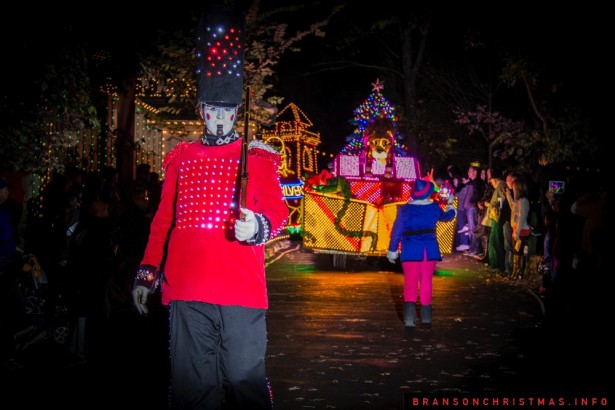 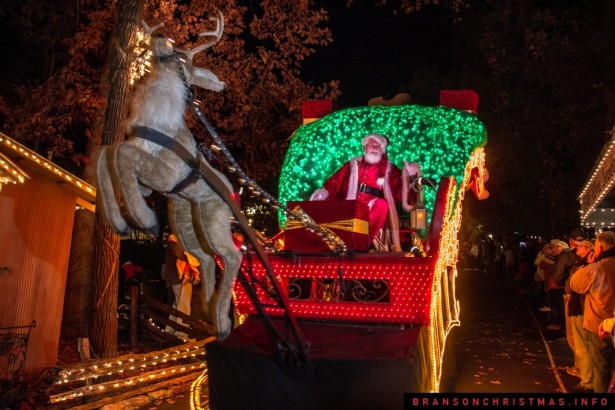 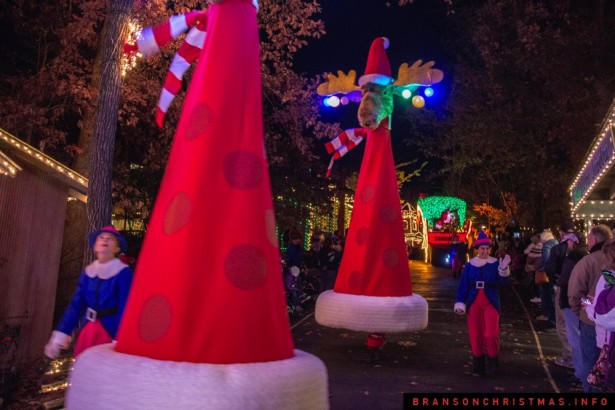 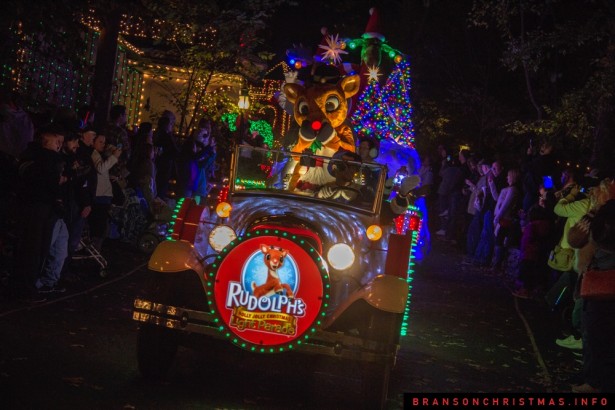