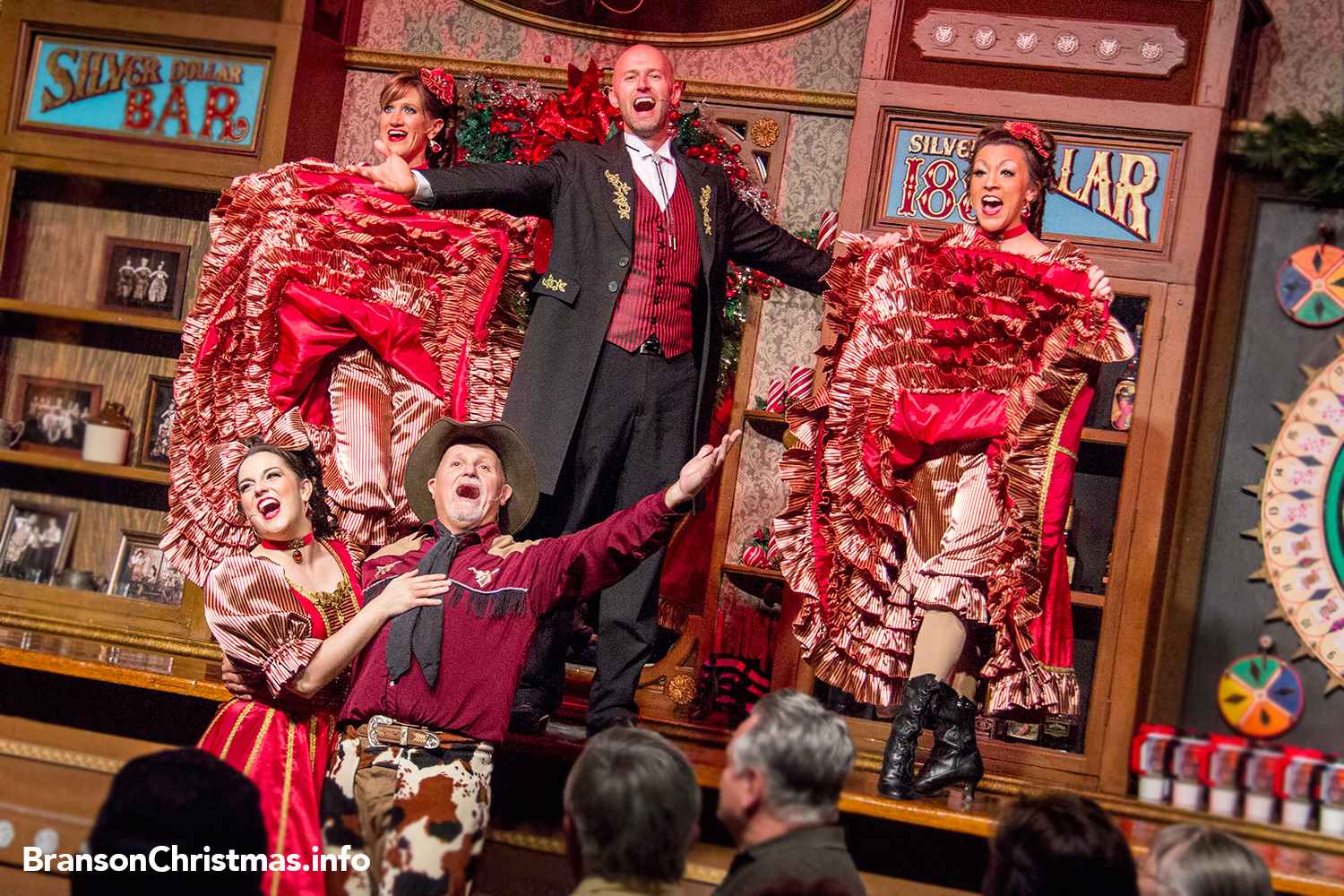 With just days before the kickoff of the 2020 Christmas festival, Silver Dollar City (SDC) has released daily activity schedules. This provides more insight into the outdoors shows (and locations) we can expect to see this year.

Unfortunately, the list does not include two fan-favorites — “It’s A Wonderful Life” and “Dickens’ Christmas Carol.” Those Broadway-style shows require lots of fabricated staging and special effects, making it difficult to reproduce on outdoor stages.

A few shows from year’s past will return, including Frontier Fa-La-La Follies, The Living Nativity, Sons of the Silver Dollar, Holiday Hearthside Harmonies, and Tinker Junior’s Toy Shop.

Each show is performed three to four times per day, for a total of more than 40 performances a day.

See below for the full list of 2020 shows. Exact times and locations vary depending on the day of the week, so be sure to reference the SDC mobile app or daily schedule on the website for details.

Carol Along With Us
SDC’s resident carolers — including familiar faces from “It’s A Wonderful Life” and “A Dickens’ Christmas Carol — will perform at the Gazebo and Tum & Huck Stage.

Cool Yule
New for 2020, this show will feature vocalists with a live band singing holiday medleys on the Plaza Stage.

Frontier Fa-La-La Follies
An SDC favorite, this 30-minute show will move from the Silver Dollar Saloon to the Plaza Stage this year.

Hymn Sing Along
Head to the Gazebo for a 20-minute hymn sing along.

Sons of the Silver Dollar
This resident male trio performs a holiday version of their show at the Boatworks Theater.

Spoken 4 Quartet
This Gospel group appears throughout the year at the park, and will perform at 30-minute show at the Dockside Theater.

The Living Nativity
Experience a 20-minute version of the original Christmas story at the Dockside Theater.

Tinker Junior’s Toy Shop
Bring the kids to the Boatworks Theater for a show featuring a 12-foot-tall talking and singing Christmas tree.