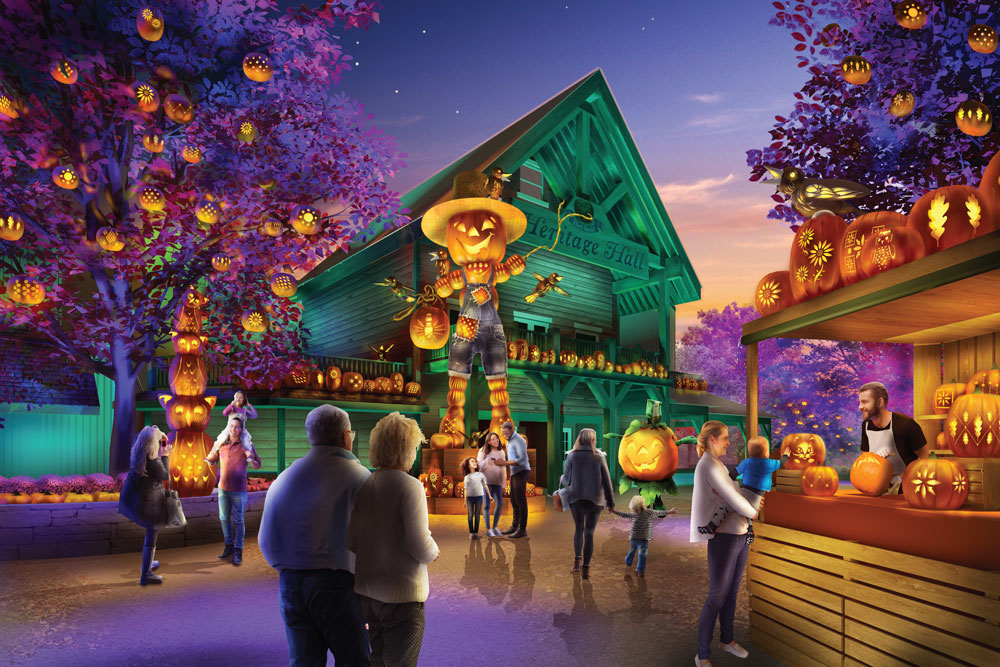 Most significant is an overhaul of the fall festival with the addition of “Pumpkin Nights” and extended operating hours until 9 p.m. The evening-time illumination event will feature thousands of pumpkin creations and larger-than-life autumn-inspired icons like scarecrows, cats, owls, and more. A new “Pumpkin Pathway” will lead to “Pumpkin Plaza” with a dance party and fall activities.

The pumpkin glow concept is a nod to the success of Dollywood — SDC’s sister park in Pigeon Forge, Tenn. — and their “Great Pumpkin LumiNights” event.

SDC will continue to welcome visiting artisans during the fall festival, with select new crafters appearing each week amidst a setting filled with colorful pumpkins. A new high-energy French-Canadian acrobatic musical stage show about singing and dancing lumberjacks will also debut.

Also announced today is the 2019 theme: “The Year of Shows & Festivals.” In the spring, fans will enjoy a number of show options during the Festival of Wonder, including the new CirqUnique show and Phoenix Fire, a black-light, laser, and fire production.