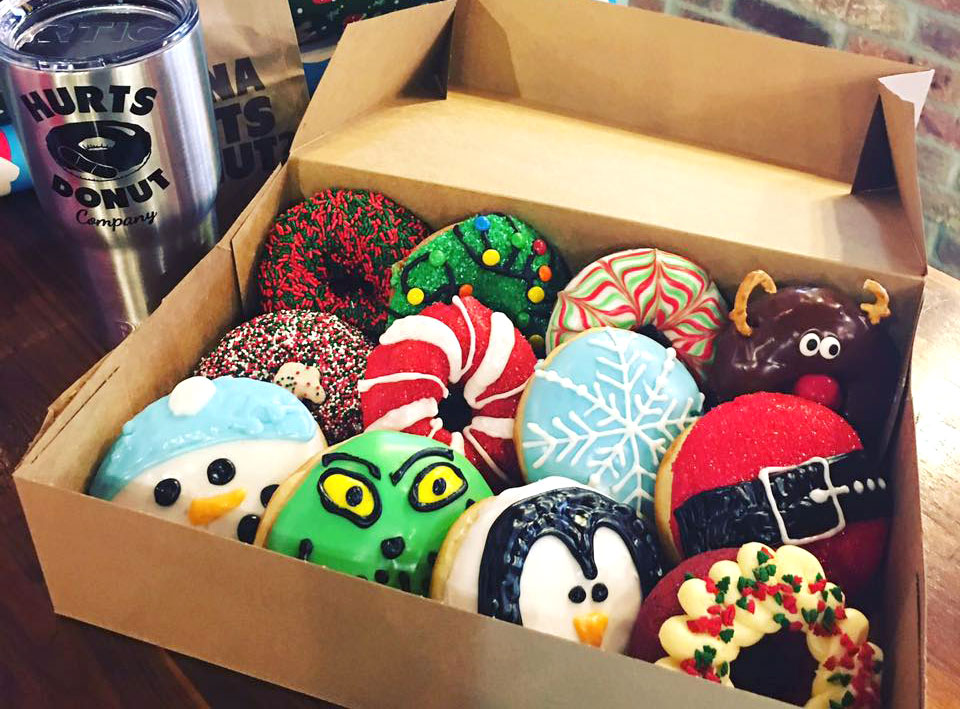 Springfield-based Hurts Donut Company will open a new location this month at the Dick Clark’s American Bandstand Theatre along Highway 76 in Branson.

The store will host a grand opening starting at 5 a.m. on Wed., Oct. 11 and will be open 24 hours a day, 7 days a week thereafter. Dedicated fans can camp out the night before the opening for a chance to win free donuts for a year.

Hurts is famous for its maple bacon bars and creative sweet and savory toppings ranging from cereals and candies to Nutella, Oreos, and even gummy worms. They also often feature special one-day-only creations and seasonal varieties.

The craft-donut shop has exploded in popularity since its humble beginnings in a small storefront in Springfield, Mo. in 2013. Hurts now also operates locations in Kansas, Iowa, Oklahoma, Nebraska, Wisconsin, Texas, Arizona, and Arkansas. Each location is committed to making a charitable donation at least once per week.