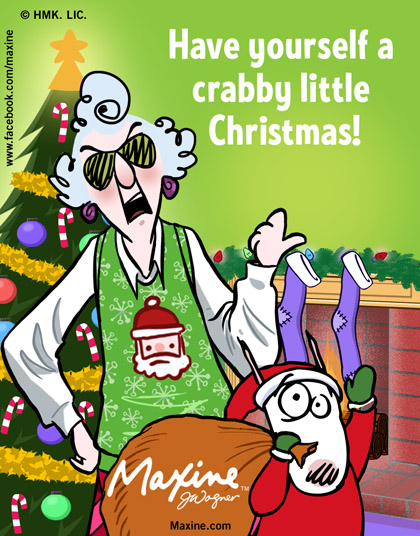 Hallmark Cards’ “Queen of Crabbiness” will star in Maxine’s Christmas Carol, a new live-action stage musical at the Moon River Theatre at the Andy Williams Performing Arts Center for the 2016 Christmas season.

Maxine’s Christmas Carol will be a twist on Charles Dickens’ classic holiday story, featuring ghosts, songs, plenty of attitude, and even a role for Maxine’s dog Floyd.

“Maxine’s ‘tell it like it is’ personality is the perfect fit for this singing, dancing, crabby version of the Dickens classic,” said Tom Brantman Hallmark Executive Producer of Maxine Productions in a press release.

“We think Maxine will bring the crabbiest, and funniest, Christmas that Branson has ever seen.”

The Hallmark character has been a fan favorite for nearly 30 years. Since her first appearance on a greeting card, she’s appeared on everything from books to calendars to Christmas ornaments.

The Moon River Theatre is also home to the Andy Williams Christmas Spectacular starring the Osmonds and Lennon Sisters. The variety show is performed at 8 p.m. Monday through Saturday from Nov. 1 through Dec. 10.