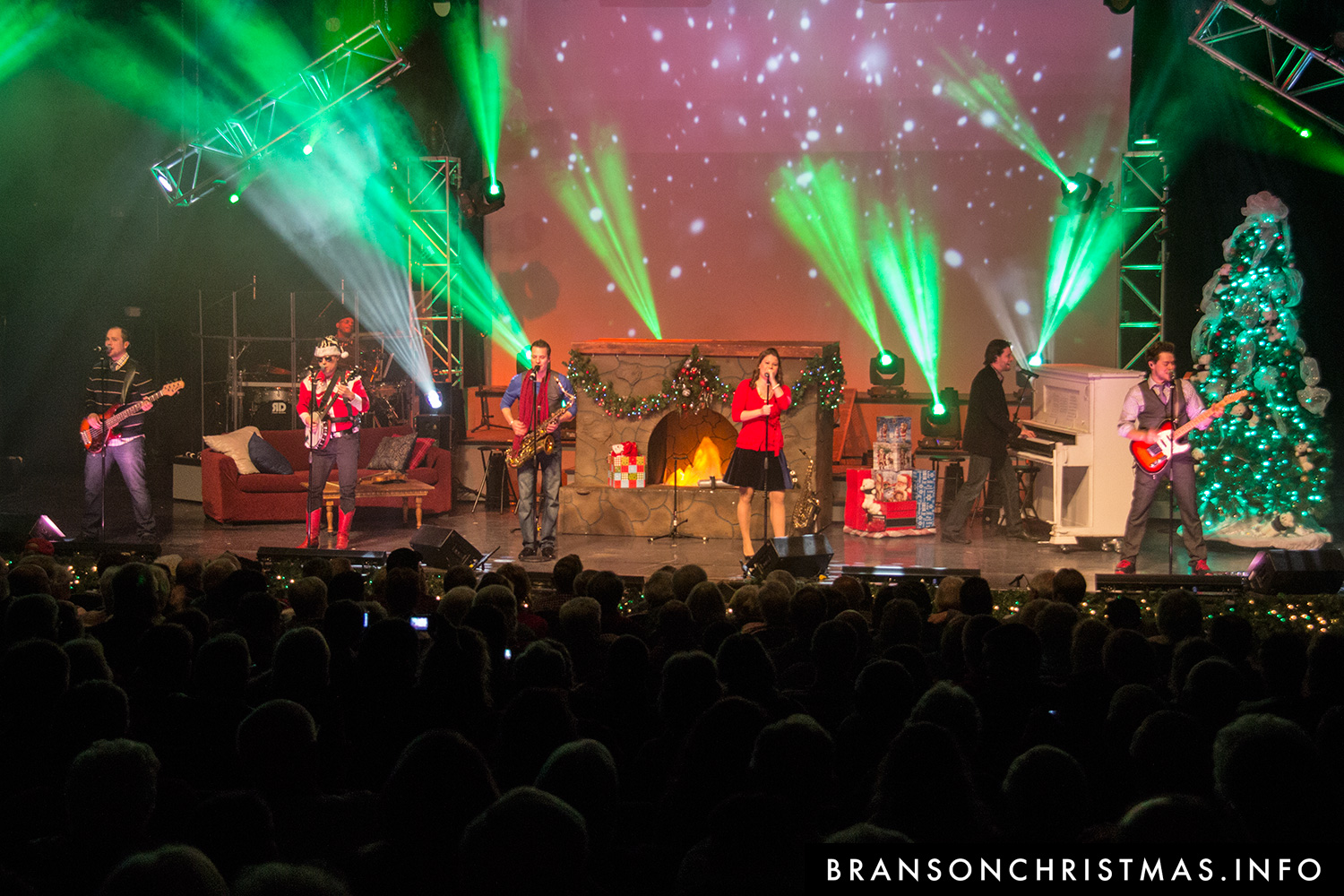 When a performer literally flies from the balcony to the stage to kick off a performance, you know this isn’t going to be your grandma’s typical Branson show.

And that’s exactly why we consider it one of the best in town.

Although nearing the end of their 22nd season, the energy and charisma the Haygoods bring to their stage continues to excite and delight nearly sold-out crowds several nights a week at the Clay Cooper Theatre.

The show begins with upbeat covers of Grand Funk Railroad’s “Some Kind of Wonderful” and Sly and the Family Stone’s “Dance to the Music,” before Michael — the second-youngest brother — slides onto stage. Joining him there are his brothers Timothy, Patrick, Dom, and Matthew, and sister Catherine.

The “Haygoods Christmas Extravaganza” features all Christmas music and production in the second half, but highlights entertainment from the regular season show during the first half.

Dressed in dark leather grunge outfits, the siblings continue with favorites “Drift Away,” “Signed, Sealed, Delivered,” and the Jackson 5’s “I Want You Back” before cutting to a video explaining the family’s history and upbringing. 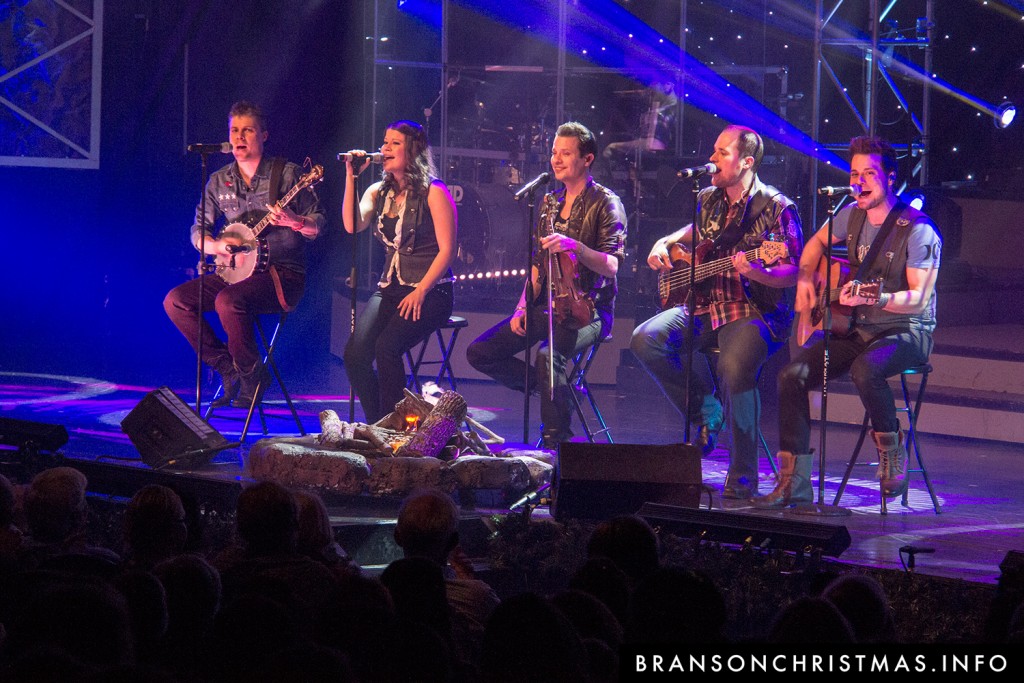 The Haygoods are nearly Branson natives, having moved from Texas to the Ozarks in 1993 to perform daily at Silver Dollar City. But before they landed that gig, they spent time falling in love with violins, mandolins, acoustic guitars, and family harmonies.

Paying homage to their roots, they cover a sampling of country tunes, including Alabama’s “Song of the South,” Little Big Town’s “Little White Church,” and Willie Nelson’s “Always on My Mind.” Bursts of fire shoot out from the stage as the siblings belt out Johnny Cash’s “Ring of Fire.”

Dom picks up the fiddle for a performance of “The Devil Went Down to Georgia,” but is interrupted by “banjo boy,” which sparks a comedic fiddle vs. banjo battle. The show includes plenty of humorous moments but it never feels forced or misplaced. 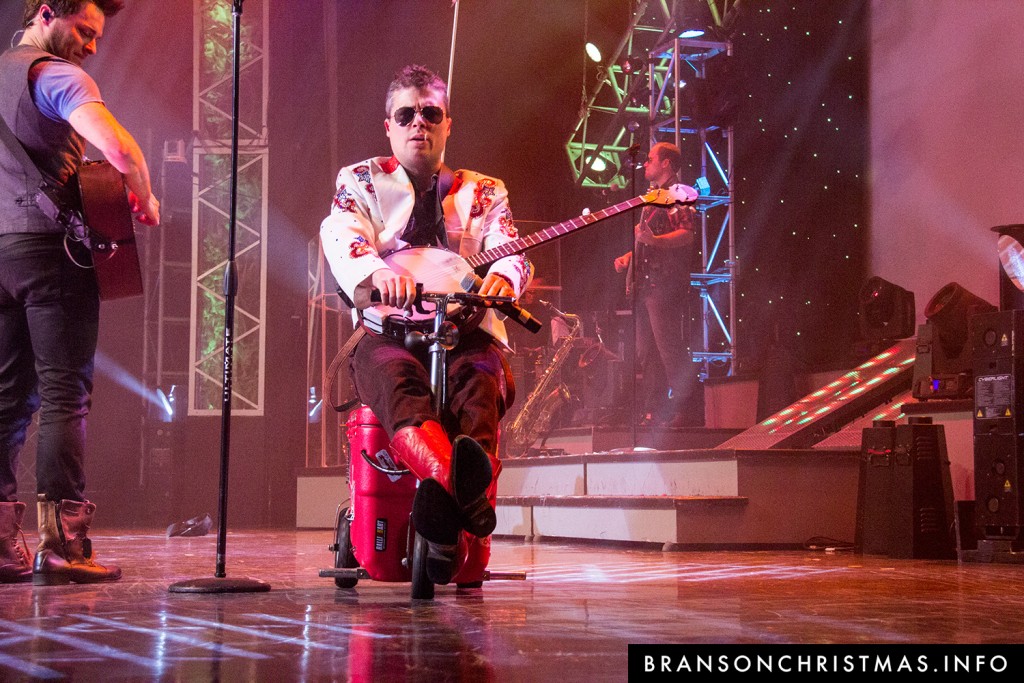 Though they’ve performed more than 10,000 shows (over 150 just this season), the Haygoods appear to genuinely enjoy performing each and every song as if it’s all brand new.

Adding some audience participation to the set, Catherine sends out large beach balls into the audience that dance around the theatre before the siblings gather around a campfire to perform covers of “Wagon Wheel” and Avicii’s “Wake Me Up,” an electronic dance track one doesn’t expect to hear on a Branson stage.

Before breaking for intermission, the brothers show off their “mountain dancing” skills — a term the boys coined after getting booted from tap dancing lessons, instead practicing routines with aluminum cans attached to their boots. Catherine, introduced earlier as the only girl in the family but able to play “twice as many instruments” as her brothers, adds beats to the tapping session from the drum set.

The show’s second half starts much like the first, but this time “banjo boy” Timothy uses a jet pack to descend onto the stage. With a fully decorated stage and warming fireplace backdrop in place, the rest of the siblings join to perform an energetic version of The Statler Brothers’s “Christmas Country Style,” followed with classics “Deck The Halls” and “I’ll Be Home For Christmas.” 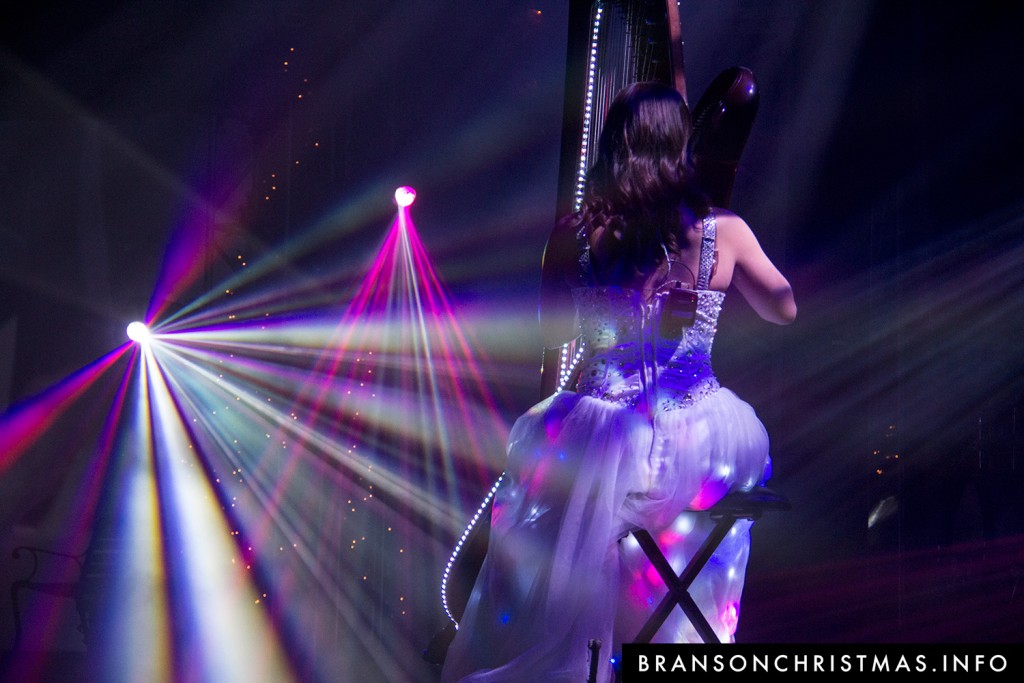 A “kiss cam” roams around the audience to broadcast smooching couples on the big screen during a rendition of the “White Christmas,” before picking up the pace for “Run Rudolph Run.” Michael jumps into the crowd to show off his guitar skills during the track, ending with a trampoline-assisted back flip.

Dom picks up the saxophone for a jazzy instrumental version of “Winter Wonderland.” A charming harp and piano duet by Catherine and Patrick follows before the full family lights up the stage in color-changing LED-lit outfits that are choreographed to blink along with a Trans Siberian Orchestra-inspired performance.

Catherine later returns to the harp for a “Silent Night” solo before her brothers join for an upbeat performance of “Little Drummer Boy.”

The show climaxes with Dom’s haunting performance of “Mary Did You Know,” a popular track on The Haygood’s 2013 “Christmas Live” album. 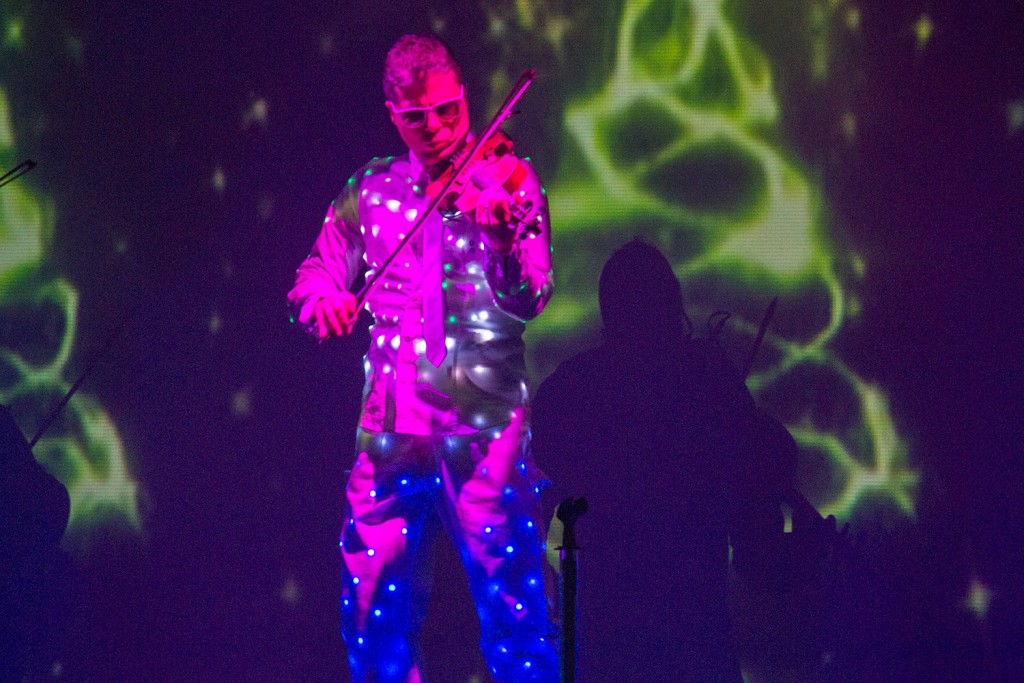 The Haygoods conclude with an uplifting rendition of “Angels We Have Heard on High,” ending with a massive confetti and streamer blast before the curtain drops.

Even if you’ve seen this show before, it’s worth a revisit. The show’s content changes several times a year, but the energy and enthusiasm are constant. The Haygoods have the talent and creative prowess to entertain and inspire audiences of every age and background and are true shining stars among Branson’s musical lineup.

Be sure to arrive early to the theatre extra because ticket booth lines can be long. Better yet, purchase your tickets online in advance to avoid the wait.