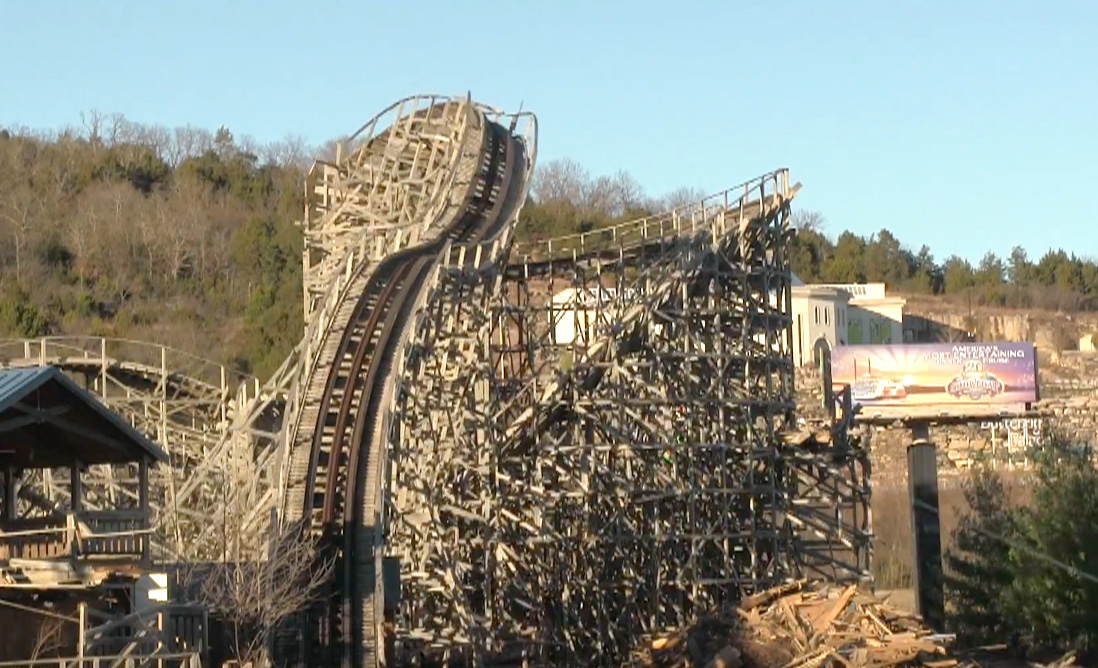 A major landmark of the shuttered Celebration City theme park was demolished today.

Crews pulled down a significant piece of the track for the 12-year-old Ozark Wildcat, the park’s wooden roller coaster which has sat unused after the park closed more than seven years ago. Demolition began in October but today’s progress will be the most obvious to those passing by the property located along Highway 76.

Staff from Woodland Hills, a church who still rents space for services in the park’s auditorium, captured the dramatic demolition in a video posted to YouTube:

Herschend Family Entertainment owns the property. A spokesperson from sister park Silver Dollar City told the Branson Tri-Lakes News in October that there’s nothing specific triggering the demolition. Rumors continue to circulate that a new attraction will be built in its place.

Owners claim it’s not possible to disassemble and transfer the track to another location, but the coaster’s cars were relocated elsewhere shortly after the park closed. Other rides were also given a new home.

Theme park Branson USA opened on the prominent plot of land in 1999 but closed two years later. Before that, a craft village known as Mutton Hollow occupied the space.

Herschend Family Entertainment acquired the property in 2001 and reopened it in 2003 as Celebration City, themed as small-town America in the 1900s — a continuation of Silver Dollar City’s 1800s-era theme. It closed in October 2008.

Although closed, the park has been well maintained over the years, as seen in this drone fly-over video posted to YouTube.