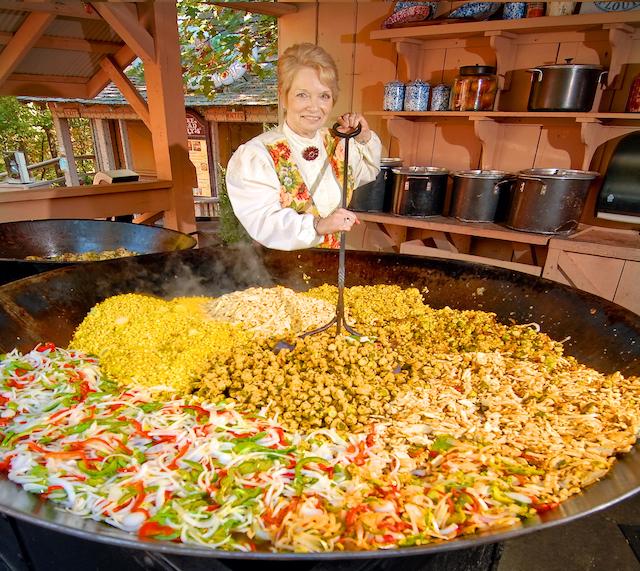 Silver Dollar City is well known for its big-skillet meals, and succotash is one of the most iconic meals served out of the giant cast iron. The classic southern dish combines breaded okra with classic summer vegetables and thin slices of chicken breast.

It’s a filling and (relatively) healthy dish, and is a great way to keep yourself energized during a long day of amusements rides and shopping at the City. But since we can’t always be at the park, this recipe — officially formulated and shared by SDC — helps bring some of those flavors home. Plus, it’s scaled down to a more manageable size since we don’t all have a 4-foot skillet and thousands of mouths to feed.

In a large skillet sauté onions and peppers in 1 tsp olive oil.

Then add 1 tsp of oil and chicken to skillet. Cook on medium until browned and cooked through. Remove from skillet and reserve until later.

Add remaining oil to pan with the okra. Fry until golden brown, then add the salt, pepper, and garlic.

When okra is done, add back the vegetables and chicken, and heat everything through.