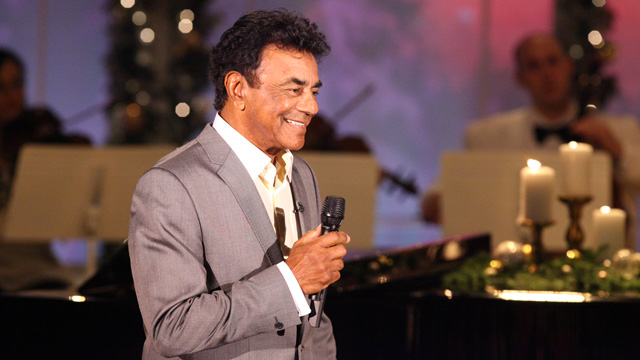 The Johnny Mathis Christmas Show is a limited engagement event for two nights only, Nov. 14 and 15, 2014.

Branson is honored to host “Johnny Mathis,” one of America’s most celebrated vocalists of romantic pop and jazz standards. Creating beautiful music since the late 1950’s, Mathis has sold more than 350 million songs and albums, with 73 albums hitting the Billboard charts and garnering Gold and Platinum records. In 1957 alone, he gave us these six consecutive smash hits that have stood the test of time: Chances Are (his first #1), The Twelfth of Never, Wonderful! Wonderful!, It’s Not for Me to Say, No Love (But Your Love), and Wild is the Wind.

His greatest hits album released by Columbia Records in 1958 began the tradition of record companies churning out greatest hits compilations for countless artists. To this day, his music is frequently used by Hollywood in movies and television. Johnny hasn’t lost his touch; he continues to thrill audiences with his special concert performances, and his “Johnny Mathis Christmas Show” in Branson is no exception!